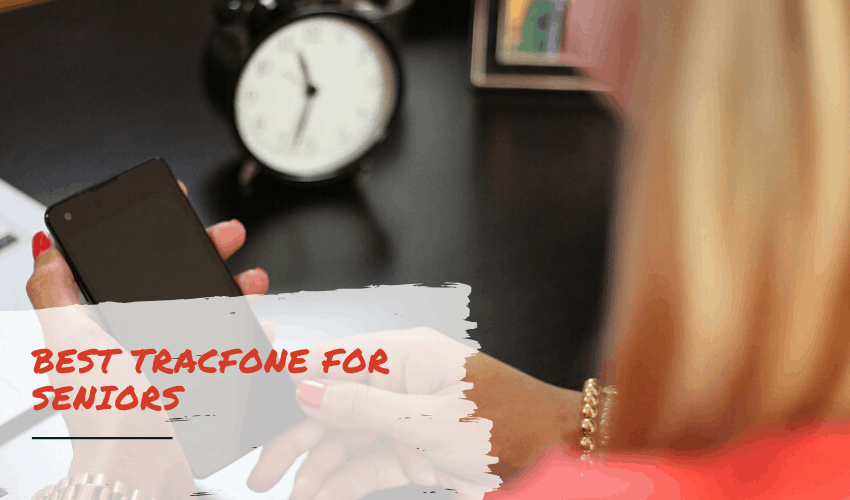 As we get older, cell phones take on extra importance. They’re must-haves for emergencies that become more common, mobility coordination as that becomes more complicated, and keeping in touch with friends and relatives who don’t live so close anymore.

But that doesn’t mean cell phones have to be complicated. There are plenty of basic phones and minutes plans that give you only the necessary features without crowding their memories or yours with applications and instructions you won’t ever use.

Tracfone has always kept their devices and plans simple. While they’re not specifically built for seniors, more and more are embracing Tracfone’s streamlined products to stay in touch without needing constant help or a degree in IT. Adult children are also using Tracfone as a brand to give their elderly parents for everybody’s peace of mind.

But not all Tracfones are created equal – and neither are all senior citizens. We’ve compiled a list of best Tracfone models for a range of golden years circumstances; whether you’re looking for a way to learn how to get photos from your grandchildren, or all you want is a voice phone system you don’t have to leave at home, we’ve got you covered.

We’ve also sorted them into two categories, flip phones and smartphones, so you can start with the exact style you want and go from there. (Unfortunately, Tracfone has discontinued its standard, non-flip dial pad basic phone the Alcatel “Big Easy,” but refurbished models are available on Amazon and eBay if you don’t want a flip or smartphone.) 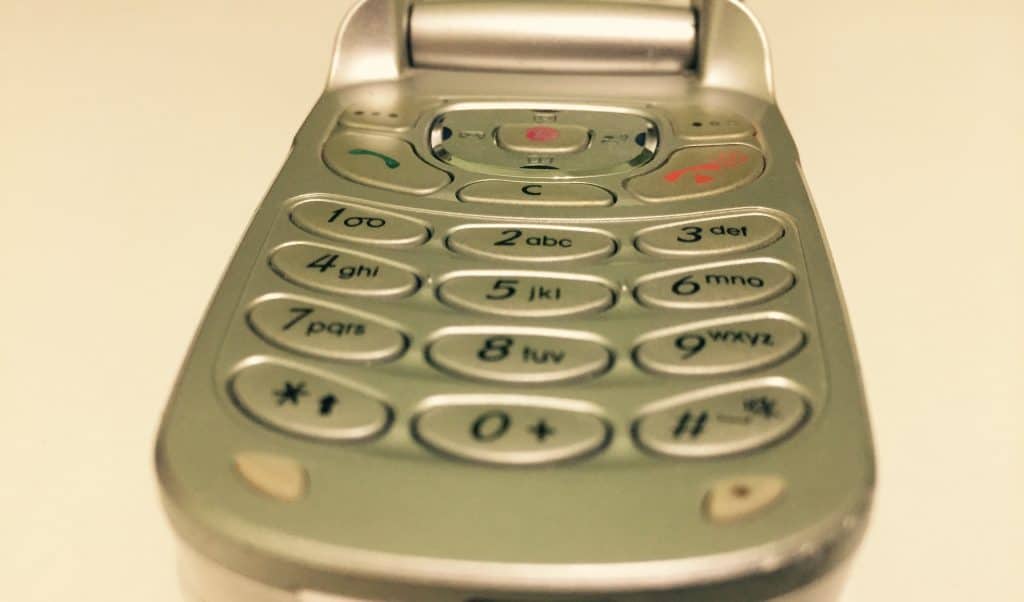 Flip phones are cell phones that close on a middle hinge. They have number buttons instead of a touchscreen, and their screens are generally too small to facilitate a lot of visual data. However, Tracfone has a few that retain the simplicity of their origins while using technological updates to bring you more services.

Advantages of Flip Phones for Seniors

Disadvantages of Flip Phones for Seniors 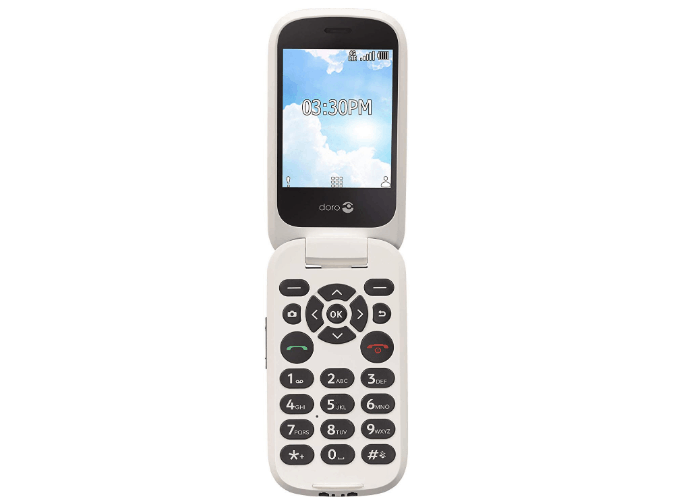 Overview: Designed specifically for seniors, the Doro is a happy medium of a flip phone. It’s not so big that it becomes uncomfortable to carry, but it’s not so small that it will get lost in a purse or on a crowded table. Its features cover all the basic usage needs, plus a couple extra for those who want to explore them. 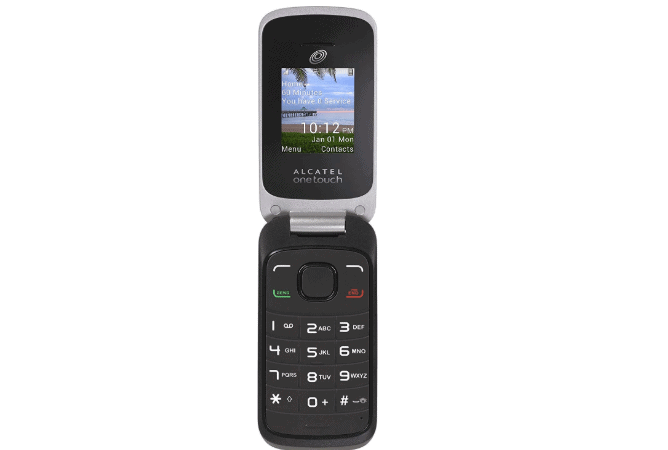 Overview: The Alcatel is another flip phone from Tracfone that keeps its functions simple but usable. With fewer frills offered than the Doro, the Alcatel is great for seniors who only need the basics (and want to pay accordingly). 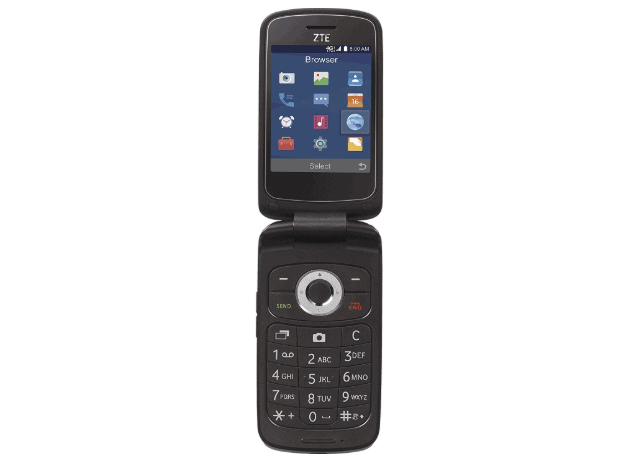 Overview: Many reviewers cite the ZTE as the flip phone they switched to after Tracfone’s line of LG flip phones were discontinued. The roughly equivalent shape, size, and semi-smart phone features let those users transition without having to learn a whole new set of functionalities. 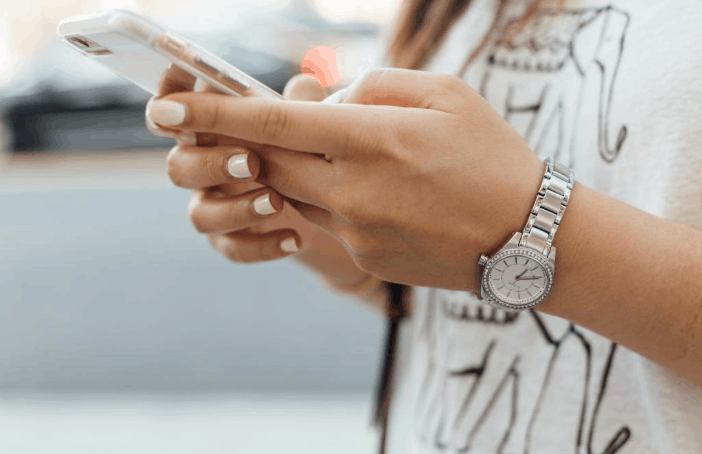 Although Tracfone is most famous for its basic voice and text phones, it’s got a few smartphones that offer the same straightforward usage and payment system models. Smartphones don’t have to be intimidating for seniors to use, and these are a great start for those who are a little more tech-savvy – or willing to become so.

Advantages of Smartphones for Seniors

Disadvantages of Smartphones for Seniors

With all that in mind, here are our picks for Tracfone smartphones that are good picks for seniors. 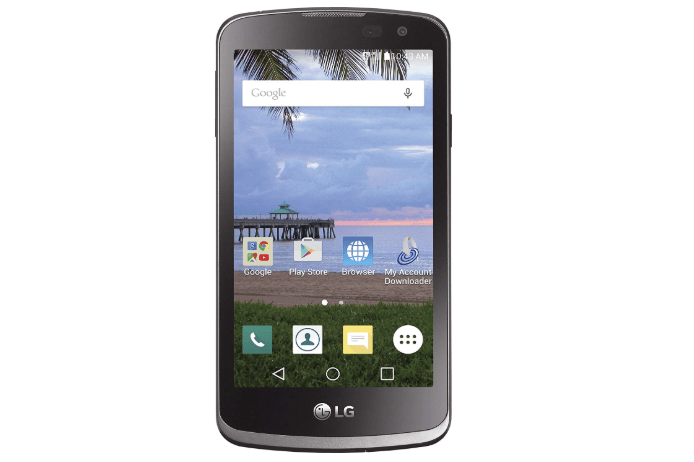 Overview: The LG Rebel is listed as a good middle ground between ease of use and full smartphone functionality. 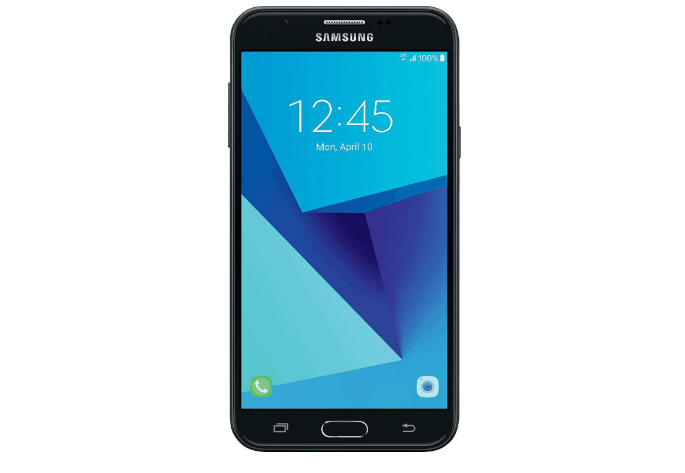 Overview: This is where Tracfone starts to get fancy. The Galaxy is Samsung’s star, and it has all the trappings of a contemporary smartphone. If you or the senior cell phone user you’re buying for are tech-savvy and are looking to fully upgrade, the Galaxy gives you access to advanced smartphone features every senior can enjoy as much as their grandkids can. 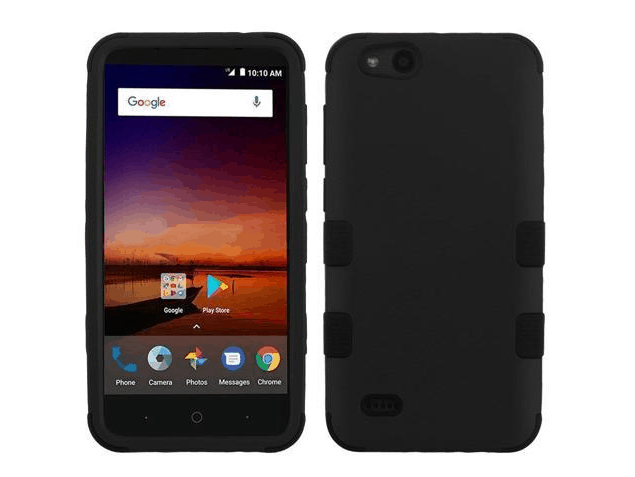 Overview: This is the cheapest and simplest new smartphone phone that Tracfone offers on its website. It’s rated as a no-frills favorite for those just getting into smartphone usage.

FAQs About the Best Seniors Phone

Does Tracfone make a cell phone or cell phone plan specifically for seniors?

While Tracfone does not make any phones that are specifically for seniors, they advertise their simplified devices and payment plans as ideal for seniors (and others who want a more basic cell phone experience).

What kind of payment plan does Tracfone require?

Tracfone requires you to buy minutes and data as you go. For example, you can buy 100 minutes from a card or their website that expire on a certain date, and once you’ve used most of those 100 minutes (or it’s close to the expiration date), you get another card or go back onto their site and order more for your phone number. It’s meant to help you never pay for more than you need, which is great for seniors who want the convenience of a cell phone plan without worrying about cost or underuse.

Can you use Tracfone with any cell phone, including the one you didn’t buy from them?

Yes, mostly. If you have a phone you’d like to switch to Tracfone, their Bring Your Own Smartphone program lets you transfer your plan to them. GSM Unlocked phones, AT&T-compatible phones, T-Mobile-compatible phones, Verizon-compatible phones, and some CDMA Technology compatible phones are compatible, and you can check your phone’s specific compatibility on the Tracfone website BYOP page. This is ideal if a senior user does not want to get used to a new phone but would like to simplify their plan.
Whether you’re just looking for an extra piece of mind, or you want to dive headfirst into the latest technology, these Tracfone options will keep your cell phone plan simple. Great as a straightforward way for seniors to only pay for what they use, Tracfone also offers a variety of hardware to get you there.

Melanie Griffin is a freelance writer based in Columbia, SC. After helping so many seniors in her human resources role, she realized how important it was to give back and help them transition in this time of their lives. She really loves providing insightful content that helps improve their standard of living, offering great tips and advice to find the resources and solutions they need. In her spare time, she reads and writes fiction to stay sane and scratches her dog's tummy to stay happy.

The Best Cars for Wheelchair Transfers – All You Need to Know!