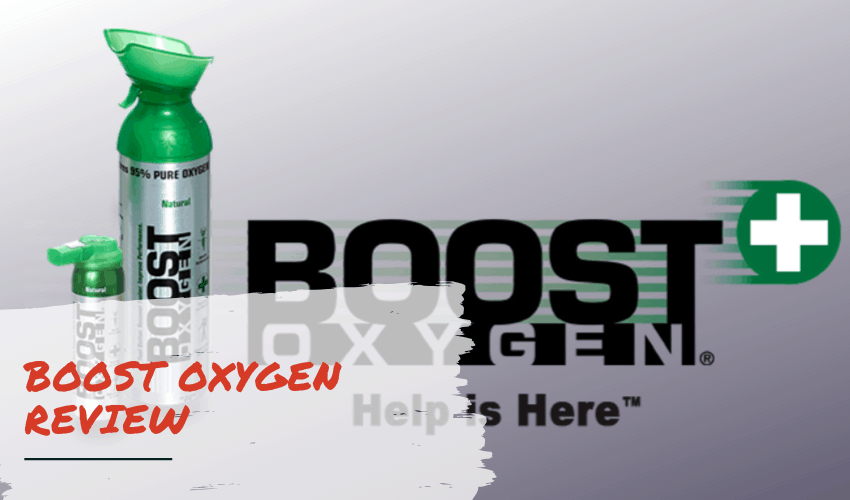 Extreme athletes and senior citizens aren’t usually seen as having much in common. But when you take a peek beyond the surface of their lives, you’re more like that Everest climber than you might think.

One issue that comes up as a recurring theme in both hard training athletes and senior citizens enjoying the peak of their days is the urge to perform at maximum health capacity. Athletes and senior citizens alike can all use a natural boost to get their lungs working as well as possible – some to make sure they make that next weightlifting goal, and some to combat the natural tendency of their body to slow down as they age.

Canned oxygen companies have started to fill this natural performance-enhancing niche with ultra-portable products that are cheap, easy to use, and don’t contain anything other than pure O2. They tout health benefits such as speeding muscle recovery, improving stamina, boosting your energy level, combatting your exposure to pollution, and helping with altitude sickness, all through over the counter canisters of concentrated oxygen.

These are sold at the majority of drugstores and any sporting goods section that’s closest to you. They’re not necessarily marketed at senior citizens, so if you’re not someone who regularly hikes 1,000 feet above sea level, you may have passed them by as not for you. But portable purified oxygen can be useful for senior citizens for the same reasons – however adventurous yours are.

What is Boost Oxygen? 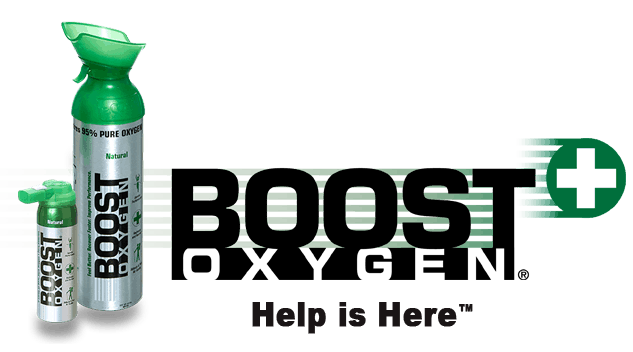 Boost Oxygen is an aviator’s breathing oxygen packaged in canisters with a mouthpiece at the top for convenient, instant inhalation as needed. It rates its contents as 95% pure oxygen and has been on the market since 2007. Its founder Rob Neuner figured it would be a good idea to bring the European tradition of canned oxygen use to ease hangovers, jet lag, and waning athletic performance to American. The company is based in Connecticut, and it claims that giving your body more oxygen sends a wakeup boost throughout your system – that’s where they got the idea for their name.

Boost Oxygen sells a number of varieties on their base product on their website. Here’s a look at some of the details and different types they have to offer.

How does Boost Oxygen work?

Fortunately for all those who want to try it but don’t want to add a complicated step to their lives, Boost Oxygen could not be more simple to use. Each canister has a mouthpiece attached to the top, and a trigger right underneath that. The mouthpiece is molded into a shape that covers your mouth and nose, and once you’ve got that fitted onto your face, you simply push the spray trigger and inhale. You can spray and inhale as much oxygen as you want at a time – Boost Oxygen uses a one-second average breath time to figure out how many usages are in each of its sizes, but yours may vary.

It’s easy to know when you need to change cans, too. Just like any spray bottle, you’ll feel the canister get lighter and less air will come out of the nozzle. When you can’t get any more oxygen to come out, it’s time to get another.

How does Boost Oxygen fit the senior citizen lifestyle? 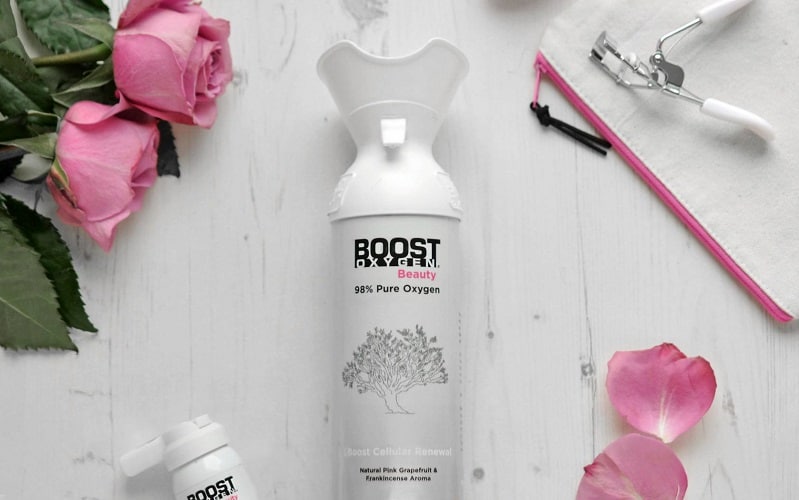 From their website and various ads, you wouldn’t think any but the most active of seniors are the target market of Boost Oxygen. But the wellness area of their blog highlights the use of Boost Oxygen for every senior who is curious about how canned oxygen can enhance your enjoyment of life. There are several factors that Boost Oxygen specifically offers that make it a great way for senior citizens to explore the market of canned oxygen.

How much does Boost Oxygen cost?

Boost Oxygen has several different purchasing options on its website for you to choose from. Most drugstores where it’s available sell it by the individual canister, which is your best bet if you want to try it out before committing fully to regular usage, but check out all these prices to see which deal works best for you.

What are the advantages of Boost Oxygen?

Although it’s not a substitute for medical grade oxygen needs, Boost Oxygen has a lot going for it as a quick enhancement to your life as a senior citizen. It gives you the refreshment of an oxygen boost with a few other perks attached.

What are the disadvantages of Boost Oxygen? 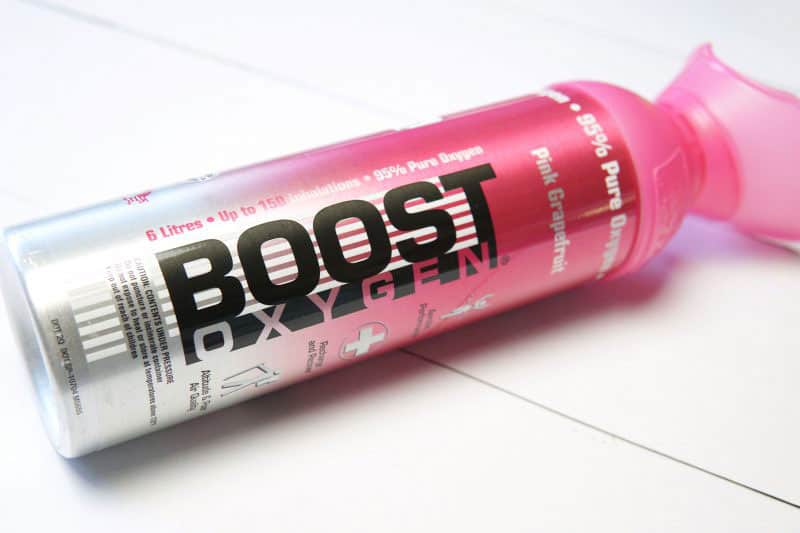 In all its simplicity, Boost Oxygen does have a few lines of fine print that you need to consider before you give it a try.

What are Boost Oxygen’s FAQs?

A: The oxygen in Boost canisters is not itself flammable, but never smoke or use open flames around any sort of canned oxygen because the oxygen acts as an accelerant if it touches fire. That makes bad situations worse in a hurry.

Q: Can I use Boost Oxygen if I have a lung condition?

A: Don’t use Boost Oxygen if you have any respiratory condition that requires external oxygen help. Boost Oxygen is not rated as a medical device and is only for recreational use.

Q: How do I increase the oxygen flow when I first use a can?

A: If you’re not getting enough air out of your can when you first use it, bring your finger to the top of the trigger so it’s right under the face mask and push there. That should get the oxygen flow smoothed out for you.

Q: Can I take Boost Oxygen on a passenger plane?

A: Neither the Federal Aviation Administration or the Transportation Security Administration approves Boost Oxygen for air travel. You won’t be able to take it through airport security in your carry on bags or ship it in your checked luggage, so it’s best not to bring it with you at all when you’re traveling by plane.

A: You can return any product that is defective or was damaged in shipping. Boost Oxygen the company will issue you a refund within 30 days if they conclude that your bad batch was their fault or that of their shipping method.

Q: What if I have any questions?

A: If you have any questions about Boost Oxygen that we haven’t answered in this review, send the company a message through their contact page or call 877-375-2500 to get in touch with them.

What are good alternatives to Boost Oxygen?

What is the final verdict on Boost Oxygen?

First, you need to remember that Boost Oxygen is not a medical-grade product. It does not replace any physician’s prescription for the use of an oxygen tank or other external methods to control respiratory illnesses.

But beyond that, Boost Oxygen is a cheap, easy way to see if you enjoy the benefits of inhaling extra oxygen as part of your healthy lifestyle. Boost Oxygen’s price point, ubiquitous availability, convenient packaging, and size options make it a good choice for senior citizens who like to test their limits in sports like to travel to areas of high altitude, or want to see what an oxygen boost will do to their outlook in their everyday life.

Melanie Griffin is a freelance writer based in Columbia, SC. After helping so many seniors in her human resources role, she realized how important it was to give back and help them transition in this time of their lives. She really loves providing insightful content that helps improve their standard of living, offering great tips and advice to find the resources and solutions they need. In her spare time, she reads and writes fiction to stay sane and scratches her dog's tummy to stay happy.

TracFone vs Verizon: Which is the Best Mobile Service Provider for Me?

The Life Alert Review – How Does it Work?

The GreatCall Mobile (Splash) Review – Is it Right For You?